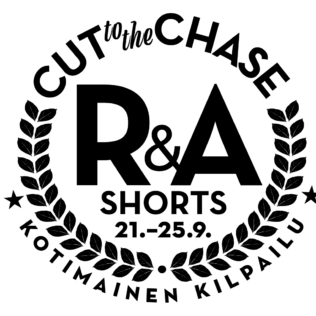 Notice: The submission for the National Competition of the R&A Shorts is now closed!

You can submit fiction, documentary or animation films (music videos are ineligible) that are max. 30 minutes long and have been completed after the 1st of January 2021. The production or co-production country of the film must be Finland. The competition line-up is selected by the festival committee. An independent jury appointed by the festival will choose the winners. All films selected for the competition will be screened as part of the 2022 Cut to the Chase – Love & Anarchy Shorts programme.

The main prize is the R&A Short Award which is a monetary award. The Finnish Film Foundation’s Uusi Aalto Award (in English, New Wave) will be given to a new talent whose short film represents the bright tomorrow of Finnish film. The purpose of the award is to support the professional career of a promising new filmmaker working with the short film format and it is directed to the filmmaker’s upcoming project.

The Moving People and Images Award (the MPI Award) was established in 2021 by the initiation of filmmaker Erol Mintaş. The award, which is sponsored in turn by the Finnish Film Foundation, AVEK and Yle, will be granted to a filmmaker whose work emphasizes diversity and inclusion.

The Best Student Film Award is an accreditation to the 2023 HIFF – Love & Anarchy festival and The Finnish Film Affair industry event. The student films will also compete for other awards. All 2022 competition films will compete for the Audience Award, which is a product prize given to the director.

The submission for the 2022 National Competition is open until May 31. Cut to the Chase – R&A Shorts programme will be screened from the 21st to the 25th of September as a part of the HIFF – Love & Anarchy Festival.