This year’s Nordic Council Film Prize went to Lamb (Dýrið), directed by Valdimar Jóhannsson. The director’s debut feature takes the viewer to the rugged outback of Iceland. A farming couple find a surprising solution to their childlessness when their sheep gives birth to a peculiar lamb. In addition to the relationship between parent and child, the film explores people’ rights and responsibilities in relation to other species. The prize was awarded in Helsinki’s Musiikkitalo on 1 November.

The jury’s statement described the film as an impressive, disturbing and unique cinematic experience.

“In Lamb the director creates a unique tale of loss, grief and horror. The highly original story explores classic themes of man’s interaction with mother nature and the consequences of defying her forces. It also deals with the beauty and brutality of parenthood and the extreme measures we may take to protect the happiness we feel entitled to. The film is a disturbing and original cinematic experience. The animals’ sensitivity to the slightest anomaly in their surroundings is used very effectively to create a sense of underlying threat, which is magnificently underscored by a constantly attentive yet unobtrusive camera and an eery soundscape. The incisive use of few meaningful elements to conjure an abiding sense of dread makes for a visually effective and atmospheric storytelling experience. Lamb marks an impressive debut for director, Valdimar Jóhannsson.”

The film, which speaks in the language of horror and folklore, was also very well received at this year’s R&A. The film’s director Jóhannsson and producer Hrönn Kristinsdóttir also visited Helsinki. The R&A congratulates the filmmakers! 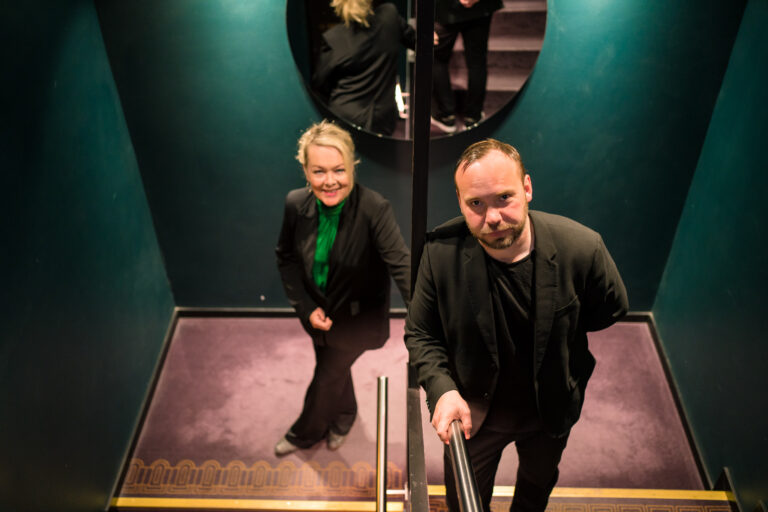 The film’s director Valdimar Jóhannsson and producer Hrönn Kristinsdóttir in Helsinki this autumn.