Two Helsinki festivals – Helsinki International Film Festival Love & Anarchy and Helsinki Design Week – have plenty in common: early autumn in the city, bold attitudes, love of unexpected perspectives. In September, this friendship will grow further as the two produce a screening series together. The cinematic experience is to expand beyond the screen with the shows taking place underground, above ground and up in the air.

The films screened in urban environments in Helsinki allow citizens to enter places that are usually out of reach. The films have been carefully selected to match the locations and to ensure an immersive cinematic experience.
“As festivals and urban operators, we share a certain curiosity and a will to make the world a better place and to bring joy. After the pandemic, it has been absolutely inspiring to plan and implement such an extensive project together with cherished colleagues and to look for new perspectives on cinema and the city. Moreover, it has been fun to witness the enthusiasm with which our various location partners have embraced the idea,” says Executive Director at Helsinki International Film Festival Love & Anarchy Anna Möttölä.

The first of the films will be screened underground. Spanish director Victor Moreno’s visual masterpiece The Hidden City (2018) will be shown in a cave room under the Finnish National Museum. Located in the southern section of the Töölö district, the museum building was designed by Architects Gesellius, Lindgren, Saarinen. It was built during the years 1905–1910 and opened to the public in 1916. This romantic-nationalist building features references to medieval Finnish churches and castles. Its style is distinctively Jugend and Art Noveau.

The architectural style of the museum provided inspiration when selecting the film to be screened there. Art Nouveau typically eradicated the boundaries between the various arts and considered the entire living environment as a canvas for the artist’s vision. 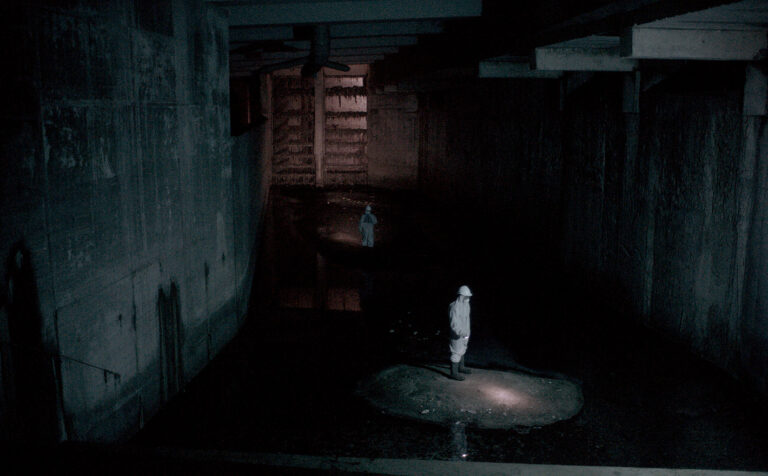 The Hidden City carries the viewer into the depths of the human subconscious.

In The Hidden City, there is a system of tunnels and sewers under the city of which the city above is highly dependable. In its essence, the system is clearly functional, but symbolically it can be considered the subconscious of the city. It is easy to get lost in the mystical tunnels, an organism featuring cats, owls and rats. This film carries the viewer into the depths of the human subconscious.

The museum, an oasis of Finnish Art Nouveau ideals is a fitting setting for Chytilová’s boundary-breaking cinematography.

The second part of the series will take place in the closed courtyard of the National Museum. Daisies directed by Věra Chytilová is a hilarious Czechoslovakian new-wave feminist revenge fantasy. In this film, two women rebel against the bourgeois society built for men. That world is to destroy everything, so the protagonists decide to do the same. Chytilová, also architect by profession, is one of the best known representatives of the Czechoslovakian new wave movement. This surreal, anarchist drama comedy was one of the most prominent film events in the 1960s.

The museum, an oasis of Finnish Art Nouveau ideals is a fitting setting for Chytilová’s boundary-breaking cinematography. Art Nouveau rebelled against the idioms of Classicism and Renaissance, and Chytilová respectively challenges the conventions of traditional cinematic narrative. 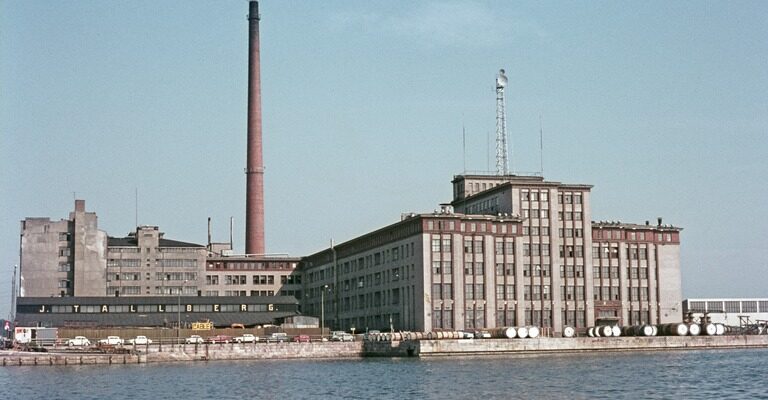 In the service lift of Kaapelitehdas, the viewers can feel the horror brought in by the alien. Photo: Grünberg Constantin, Helsinki City Museum.

The third and last part of the series takes viewers up in to the air in the district of Ruoholahti. The service lift of the Cable Factory provides an opportunity to experience science fiction classic Alien in a truly unique setting. Directed by Ridley Scott in 1979, this timeless masterpiece starts with the spacecraft Nostromo travelling towards Earth. The space crew wakes up from hibernation when the vessel’s computer discovers there is one extra member in the crew of seven. This alien turns the journey home into a nightmare.

Liutenant Ripley played by Sigourney Weaver was a pathbreaking heroine, and the film has inspired several feminist interpretations over the years. The impact of science and technology on human beings was prominent when the Cable Factory was built in three phases during years 1939–1954. Designed by Wäinö Gustaf Palmqvist, the factory was the largest building in Finland at the time. In the service lift, the viewers become part of the crew to truly experience the horror brought in by the alien.

“Helsinki Design Week embraces creativity in a multidisciplinary way. I hope our cooperation with HIFF will continue and we’ll be able to develop new exciting ideas together in the years to come, too. For example, it would be wonderful to sit an architect and a director at the same table and hear what they can learn from each other,” says HDW Programme Director Anni Korkman. “A cinematic experience can ultimately change the way we see the world. Urban locations possess this same power – and we need to own them.”

“The connections and intersections between film and design provide an endless source of inspiration. I cannot wait to see what we come up with next year!” says Executive Director at HIFF Anna Möttölä.

R&A x HDW – Underground, above ground, and up in the air. 6 September, 19 September, 25 September. More details and tickets can be found here.

Read more about the films.