A total of 34 entries have been shortlisted for the National Competition of the Cut to the Chase – R&A Shorts of the Helsinki International Film Festival – Love & Anarchy. In addition to the competition films, the programme includes a number of award-winning shorts from the world’s biggest film festivals. Cut to the Chase – R&A Shorts programme will be screened September 22–26.

The pre-selection jury has chosen 34 entries to the National Competition of Cut to the Chase – R&A Shorts programme of Love & Anarchy from the 155 short films submitted. The winner of last year’s main award was Iiti Yli-Harja’s animation REAL MEN.

There are both renowned filmmakers and promising newcomers taking part in the fourth edition of the National Competition. Audio Network sponsors the 1,500 € main prize of the competition. The competition winners will be announced on Saturday, September 25.

The winners are chosen by a professional jury consisting of actress Satu Tuuli Karhu, filmmaker and film scholar Christopher L. Thomas and freelance writer Mathilda Larsson. The consulting member of the jury is filmmaker Erol Mintaş.

The Moving People and Images award is presented for the first time. The award is given to a filmmaker whose work emphasises inclusion and diversity. The monetary award of 1,000 € is given to finance the filmmaker’s next project. In addition, the filmmaker will have a consultation meeting with the Promotion Centre for Audiovisual Culture (AVEK) and the Finnish Broadcasting Company (YLE) on the next project as part of the award.

The initiative for the award came from Erol Mintaş. The award has been funded by the Finnish Film Foundation, AVEK and YLE.

“This new award shows that the film industry in Finland is ready to open up and to make room for new voices. Change is possible when we challenge existing structures”, says Erol Mintaş.

The Uusi aalto (New Wave) award, funded by the Finnish Film Foundation, will be given to a promising new filmmaker. The best student film and the audience’s favourite film will also be awarded. The audience award is sponsored by Audio Network.

Festival Favourites and Voices of the Underdogs

During the festival, a total of 149 short films will be presented in 26 curated screenings. At the heart of the programme are new Finnish and European short films.

It has been a strong year for animated films, and R&A Shorts programme is no exception. Animation Celebration! screening presents six brand-new European animated films. SOUVENIR SOUVENIR by the French Bastien Dubois has won awards at the Sundance Film Festival and the Clermont-Ferrand Short Film Festival. In the film, a man plans to make a film about his grandfather’s war memories and does so with mixed feelings.

The African theme of the festival is equally vibrant in the short film programme. African Express – Short Station screening presents five shorts from various parts of the continent, including I AM AFRAID TO FORGET YOUR FACE, a 2020 Cannes Golden Palm winner by the Egyptian Sameh Alaa.

Bodies, Boundaries screening explores being human from a bodily point of view. MAT AND HER MATES, completed as a student film and directed by the French Pauline Pénichout, is a fresh and surprising documentary. In the film, young people contemplate their uteruses and think about their relationship with their bodies. It won awards in three categories at the Clermont-Ferrand Short Film Festival. 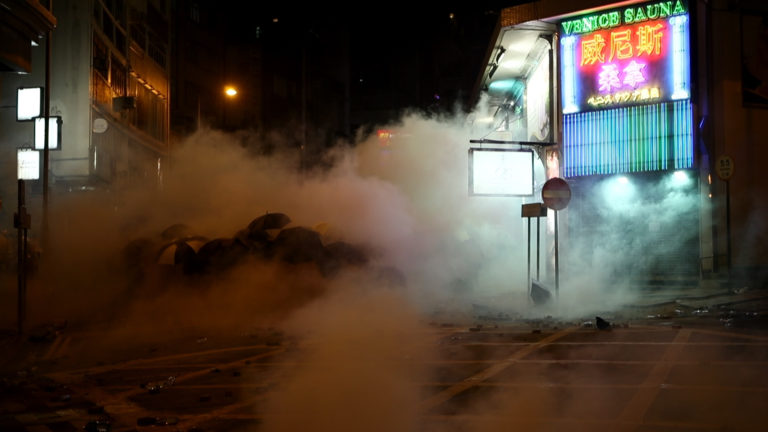 To the Barricades! screening is dedicated to societal resistance and the voices of the underdogs. DO NOT SPLIT, a short by the Norwegian Anders Sømme Hammer, tells about the protests that shook Hong Kong in 2019 as seen from the demonstrators’ point of view. The film received an Oscar nomination.

“Short films are a fascinating world of their own within the festival programme. The screenings differ from feature films by presenting a series of several films, but the content is nothing short of awesome. Short films often are a tour de force for new filmmakers. For example, PLEASURE, this year’s Love & Anarchy Gala, is based on a short that director Ninja Thyberg presented at the festival in 2016”, says festival’s producer Hilla Okkonen. 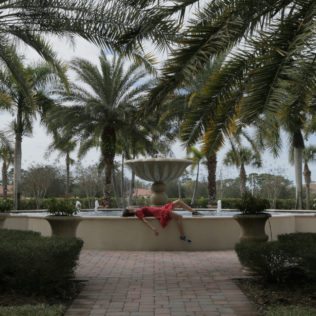 In addition to the series curated by the festival, the programme has various collaborative screenings. Gentle Stories Of Decay screening by contemporary artist Nastja Säde Rönkkö, is a collaboration with AV-arkki. It is screened on the closing day of the festival, Sunday, September 26. The artist will be present to discuss the films with the audience after the screening.

This year’s trailer film for R&A Shorts, LAND OF RUIN, is directed by Santeri Suvanto and produced by Mimosa Jaskari.

More detailed information on the practical arrangements of the festival will be available as soon as the orders are issued by the Regional State Administrative Agency for Southern Finland. The current orders are in effect until September 12. The safety of the festival will be seen with low capacity seating, facial masks, attention to hygiene, instructions and guidance.