Love & Anarchy Announces Its Gala Films – “Is There Any Limit to Limiting Art?”

The Helsinki International Film Festival – Love & Anarchy, the biggest film festival in Finland, has announced its gala films. The festival opens with Leos Carax’s flamboyant ANNETTE. Its Finnish Gala is Khadar Ayderus Ahmed’s THE GRAVEDIGGER’S WIFE and Ninja Thyberg’s arresting PLEASURE will be screened at the Love & Anarchy Gala. The festival closes with Mia Hansen-Løve’s BERGMAN ISLAND, a treat for all cinephiles.

The festival kicks off on Thursday, September 16, with Leos Carax’s (Holy Motors, L&A 2012) ANNETTE, a musical and the first English-language film of the acclaimed French director. Henry (Adam Driver), a rude stand-up comedian, and his opera singer wife Ann (Marion Cotillard) appear to be a happy and glamorous married couple. They have a daughter and name her Annette, but dark clouds appear when Henry’s fame begins to fade. A future cult classic with a screenplay and music by brothers Ron and Russell Mael from the art-rock group Sparks, the film is distributed in Finland by Future Film. 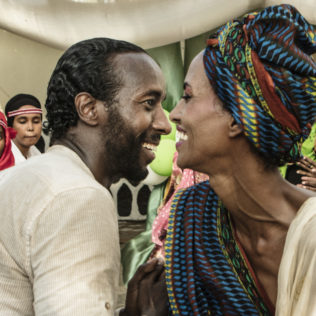 The Finnish Gala, THE GRAVEDIGGER’S WIFE, Khadar Ayderus Ahmed’s debut feature film is the first entirely Somali-language film made in Finland and the first Finnish feature-length entry to the prestigious Semaine de la Critique event of the Cannes Film Festival. The film tells the story of the gravedigger Guled (Omar Abdi), whose wife Nasra (Yasmin Warsame) falls seriously ill. He tries to save her life, which would require an expensive operation and money is tight. This heartfelt film will also be screened during the festival in collaboration with the Helsinki-based Ubuntu Film Club. The film is distributed by B-Plan Distribution. 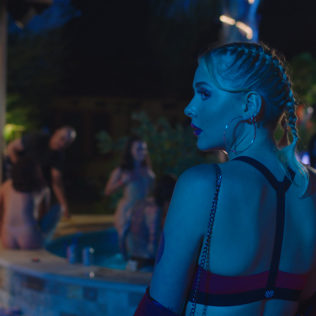 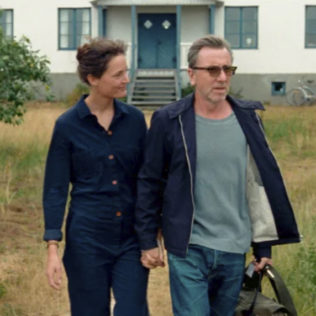 The festival closes with Mia Hansen-Løve‘s (Eden, L&A 2015 and Things to Come, L&A 2016) brand new BERGMAN ISLAND. Chris (Vicky Krieps) and Anthony (Tim Roth), a film-making couple, travel to Sweden to find inspiration on the island of Fårö, where Ingmar Bergman lived and worked. Chris, the younger of the two, suffers from a creative block until she starts drafting a screenplay set on the rugged yet fascinating island. Reality blends into fiction in this film layered enough to satisfy even the most seasoned cinephiles. Bergman Island is distributed in Finland by Cinemanse.

“Sundance, Berlinale and Cannes, the film festivals held in the first half of the year, showed that films are making their way back to people’s everyday life, at least everywhere else but in Finland. Despite the dire straits to which the Finnish film industry has been driven, we are proud to open a window into the overflowing crème de la crème of current cinema. We have been able to include films freshly made by prestigious auteurs in our programme that we keep broadening as far as content and geography are concerned”, says Pekka Lanerva, the artistic director of the festival.

“In the galas, Annette gives genre boundaries a whirl in the blender while the protagonist of Pleasure ends up breaking her boundaries and limitations. The Gravedigger’s Wife pushes the traditional limits of domestic cinema film as the first Finnish film shot in Somalia and as the first one that is entirely in Somali. The closing film, Bergman Island, is another reflection on the limits between fiction and reality. Similarly, we, the organisers of the festival, have been at pains with the everchanging and unpredictable limitations. We have wondered many times if there is any limit to limiting art.”

Despite the dire straits to which the Finnish film industry has been driven, we are proud to open a window into the overflowing crème de la crème of current cinema.

Further information on festival arrangements will be announced before the programme is published.