A rare opening! We are looking for a producer to join our team and help us organise the audience favourite Love & Anarchy festival, our nationwide Tour and HIFF’s other exciting film events. This is a fixed-term post (parental leave) with applications closing on August 19th.

Helsinki International Film Festival – Love & Anarchy association is a pioneer of Finnish film culture with a mission to celebrate the art of cinema – and to make the world a better place with some love and anarchy. Founded in 1991, HIFF operates actively throughout the year. Our main event is Love & Anarchy, the country’s premiere international film festival, organised annually in September. In addition, we run the smaller springtime Season Film Festival, the nationwide Love & Anarchy Tour, Pulpettikino film literacy project, special events and the industry event Finnish Film Affair. Our core values include creativity, social justice and equality.

The producer works closely with HIFF’s executive director, artistic director and programme coordinator, focusing particularly on Love & Anarchy’s Cut to the Chase – Love & Anarchy Shorts programme, and coordinates the festival’s special events, production and Pulpettikino school screenings. The role also consists of coordinating and marketing the Love & Anarchy Tour, which runs from October to May, and producing HIFF’s year-round special events. In addition, the producer assists the executive director in administrative tasks. The position is a responsible one, the work inspiring and creative. We hope that you have solid experience and/or training from corresponding tasks in the cultural sector, a positive solution oriented attitude, ambitious and initiative approach to work, excellent teamwork skills and calmness under pressure. As the producer is in charge of curating and coordinating the Love & Anarchy Shorts’ international programme of nearly 200 films as well as HIFF’s national short film competition, it is central to have a strong understanding of the art of film, particularly Finnish and international short films, and the film business in general. Experience in team leadership and financial administration is a plus. Good proficiency in spoken and written Finnish and English is required.

We offer you a place in the epicentre of film industry and urban culture, a warm-hearted working community, an inspiring, international atmosphere and an opportunity to expand your expertise and leave your imprint on Love & Anarchy and our other front row events. We encourage people of all genders, gender-identities and different minorities to apply for the position regardless of their ethnic background, religion, disability or age.

Applications (CV must be included) and any inquiries should be sent to Executive Director Anna Möttölä before Wednesday 19th of August. Applicants called for an interview will be contacted separately, and the interviews will take place in August / September. 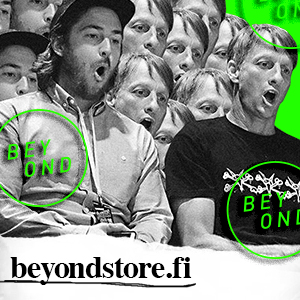