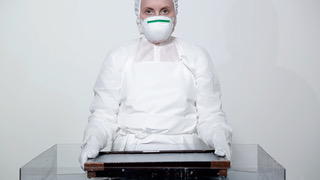 The short film and video screening With the Current… presents a variety of subjects and narratives which reflect on multiplicity of beings. Among other subjects, the works include concepts such as home and sense of belonging, identity, care, dreaming and memory, power structures, body, gender and politics. The tone of the films ranges from poetic and allegorical style to realism while the themes extend from the human relations to the world, past, present, and becoming in the future.

The screening is curated by artist, curator, and researcher Sepideh Rahaa and organised in collaboration with AV-arkki and Helsinki International Film Festival – Love & Anarchy.

Anywhere But Here explores the meaning of home while attempting to break away from the ideas of romantic nostalgia nesting within its traditional definitions. In the process, the piece attempts to complicate the understanding of an abode in relation to one’s own developing, pivoting and transitioning identity. The work also further questions accumulation, abundance and cycles of desire within the scope of movement and possession.

A Turkmen woman finds herself wrestling between an unsettling nightmare she had and the reality where she is spending a weekend with her Finn husband in a lake cottage. Reality and nightmare get merged into each other and it’s impossible to separate the two from each other. They become one. This film is an attempt to show identity and sense of being somewhere in between of different awareness, good and evil, self and other where they all neighbour each other to form a mosaic identity.

Exalted is a project exploring the idea of the witness and the traumatized body. Through still and moving image the artist revisits sites of trauma whilst also acknowledging the futility of representing the traumatic experience and the inherent confusion that comes from trying to. Working with their hometown and family history within a very Catholic, and therefore, patriarchal country the artist is trying to realize a conversation between two bodies: the bodies that have left and the bodies that still live there. What does trauma look like carried to another space? What does a liberated body look like? Is there such thing? How does class affect the body? How do trauma and hope co-exist, if at all?

As a patient, a captive in her own inner life, Magda successfully resists her psychologist. The confrontation, filmed in split screen, is less an actual case study than a metaphorical story, based on the filmmaker’s personal experience of being looked at as the ‘other’.

Film tells about Maria, living with arthritis. She doesn´t like the rehabilitative attitude of her new care robot. One night Maria re-programs the robot to fulfill her true needs. The robot becomes her living will and protector against the violent behavior of personal assistants.

A poem for the broken and to those who find order in disarray. S E O M / I W N M is an experimental short film about shame, control and metamorphosis.