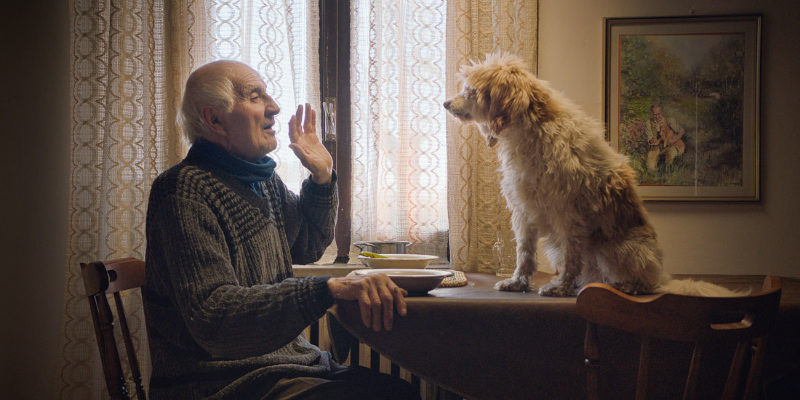 Documentaries don’t come much more delightful than Michael Dweck and Gregory Kershaw’s immersive consideration of the canine truffle hunters along with their two-legged friends.

Much of the film is shot with a painterly eye, so that scenes involving the men have the look of Old Masters, steeped in the colours and culture of the countryside. Dweck and Kershaw’s eye for the quirky extends to occasionally handing the cinematographer role to one of the dogs, so that suddenly we’re running at pace, nose to the ground or occasionally sniffing the air, the dog’s shake of the head and camera eliciting the sort of wholesome chuckles too rarely enjoyed by cinema audiences. Composer Ed Cortes’ score mixed with retro Italian pop, meanwhile, accentuates the humour and charming eccentricity of the men’s lives.

Once you’ve spent an hour and 24 minutes there, you’re likely to be minded to sniff out a few simple pleasures of your own.