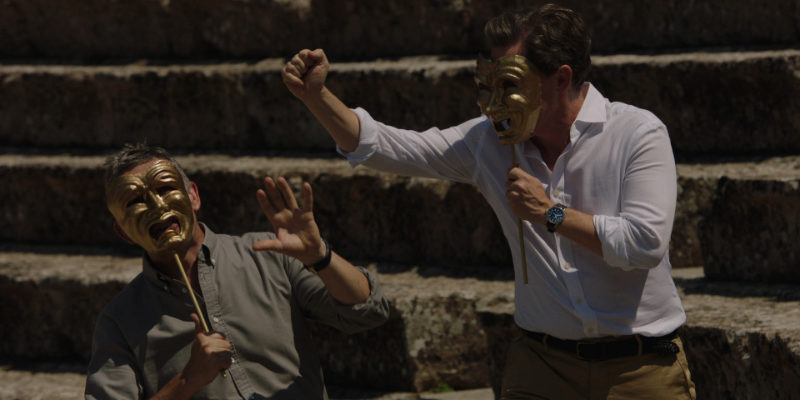 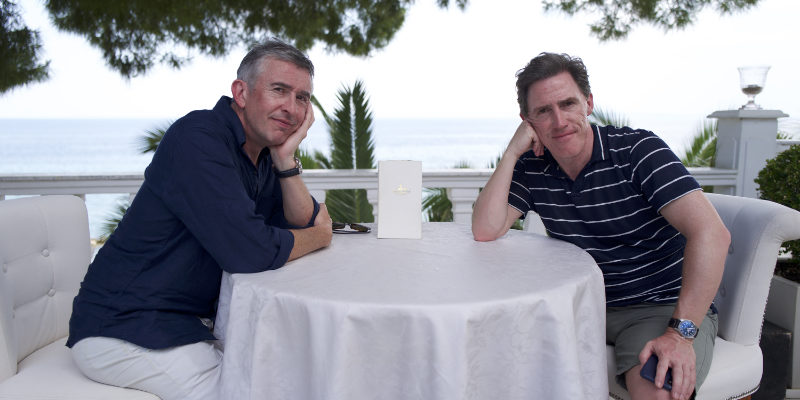 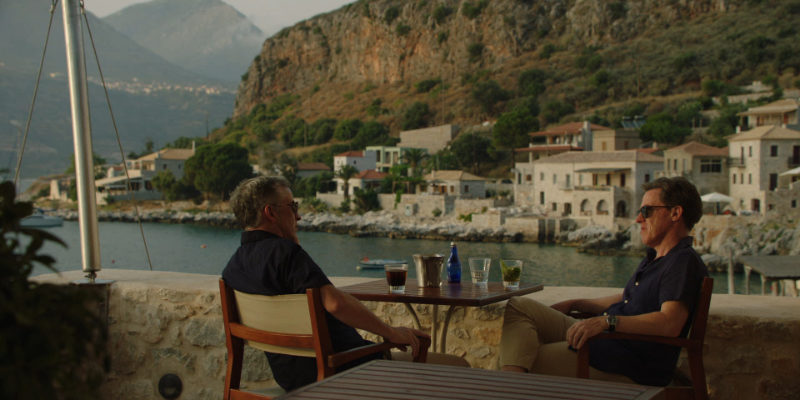 We are fewer than 10 minutes into The Trip to Greece, supposedly the last of the British duo’s movies in which they eat, drink, and make mockery, and you already have everything that’s made the film series so consistently appetizing. There’s a gorgeous view of the Turkish countryside — as with the three previous Trips, Coogan and Brydon are on assignment for The Observer. (They’re retracing the trek homeward in Homer’s The Odyssey.) There is a meal, the first of many, that doubles as Michelin-star food porn. There are arguments about things that are respectively petty and profound, which usually devolve, or possibly evolve, into an impression-off. A heated discussion about Aristotle’s Poetics ends with an imagined encounter between Laurel and Hardy, as in Stan Laurel and Tom Hardy’s Batman villain, Bane.

The Trip to Greece is like being served an irresistible dessert course when your stomach is already bursting at the seams – you can’t help but clean your plate, even if you know it’s going to make you sick. And from an early trip to a refugee camp to a climactic encounter with death, the film makes good on the fact that Greece is the birthplace of drama.