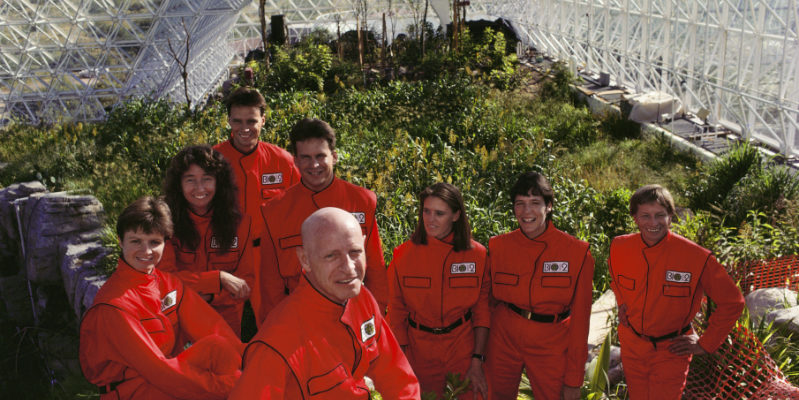 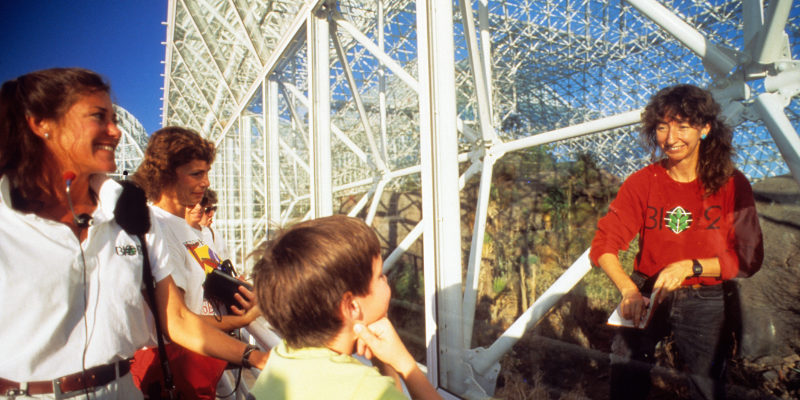 Spaceship Earth, about a group of explorers locking themselves into a man-made, self-sustaining ecosystem for two years in the early 1990s, is a model of documentary craft, showcasing mainstream narrative nonfiction at its apex. As cinema, it’s not trying to reinvent any wheels. But it’s an impressive example of basic storytelling techniques refined for maximum impact, each element reinforcing and feeding off every other element, as in the enclosed ecosystem that it depicts.

Man, it was a crazy time. A group of hippies got famous for putting on jumpsuits and quarantining themselves in Arizona for two years. Then they tweaked their own rules and bickered until Steve Bannon showed up to “kick ass” and name names.

Led by the charismatic John Allen, a group of California dreamers traveled the world performing theater and preaching ecology, gradually increasing their goals until eight of them were moving into a completely closed system boasting a geodesic dome designed by Buckminster Fuller.

The aim was to understand biosphere 1 (Earth) enough to be able to replicate it in space. The result was complicated.

Spaceship Earth is an intriguing look back on a moment when the reach of idealism seemed equal to its grasp.