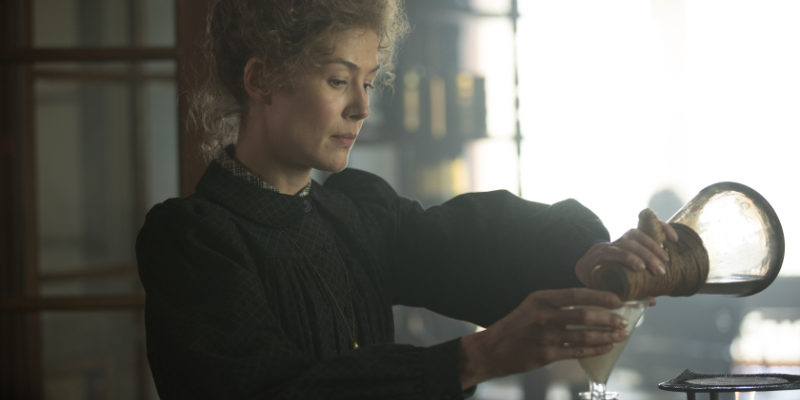 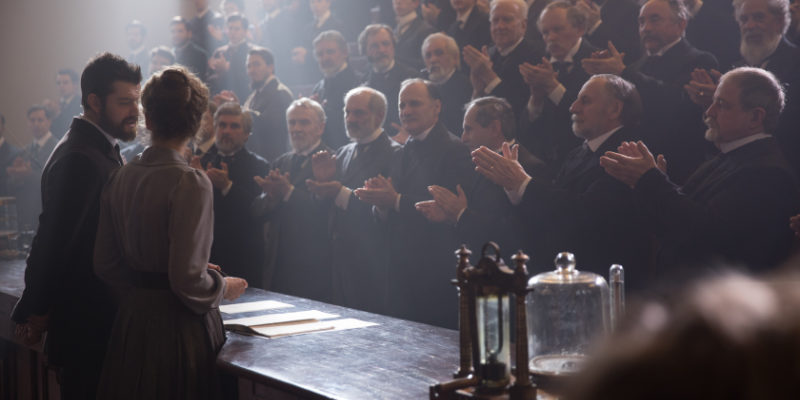 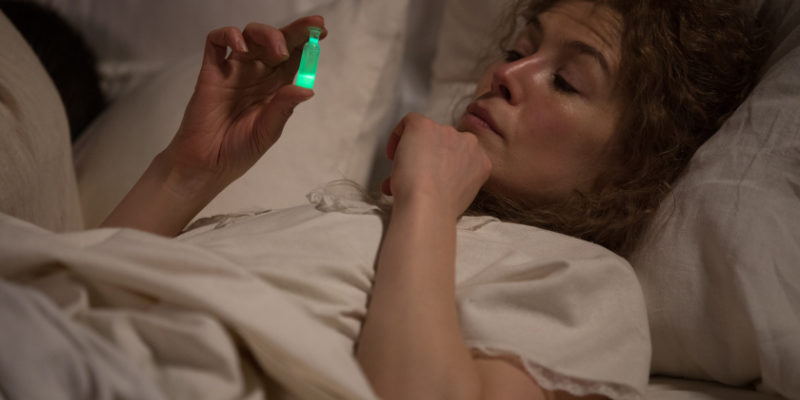 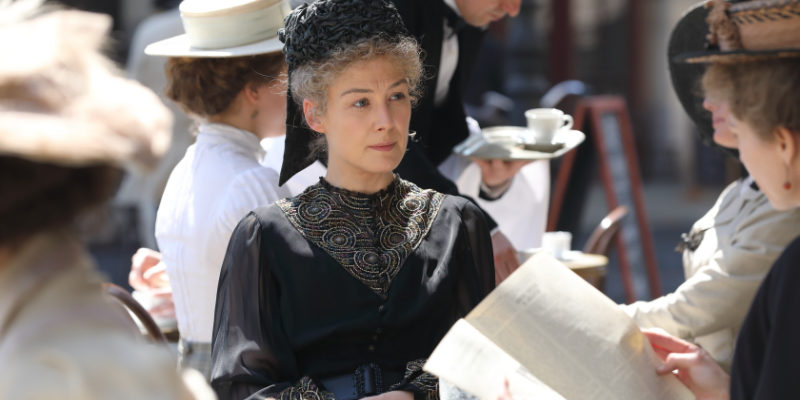 Banish the dull images of test tubes and musty lecture halls when considering Radioactive … The biopic traces the career trajectory of Madame Marie Curie (a magnificent Rosamund Pike), the Polish immigrant born Maria Salomea Skłodowska who became the first person — and the only woman — to win two Nobel prizes. She shared the first in 1903, for discovering radium and polonium (named after her native country), with her French husband and fellow physicist Pierre Curie (Sam Riley). And the historical drama would be a dutiful thing, indeed, if it merely ticked off a list of Marie’s accomplishments, including being the first woman to become a professor at the University of Paris.

Pike is having none of that – her performance as the headstrong Marie feels electro-charged. The same sparks run through the direction of Marjane Satrapi, who knows how to energize screen biography; just watch 2007’s Persepolis, the animated film that she co-directed that’s based on her own graphic novel about growing up in Iran under the Shah.