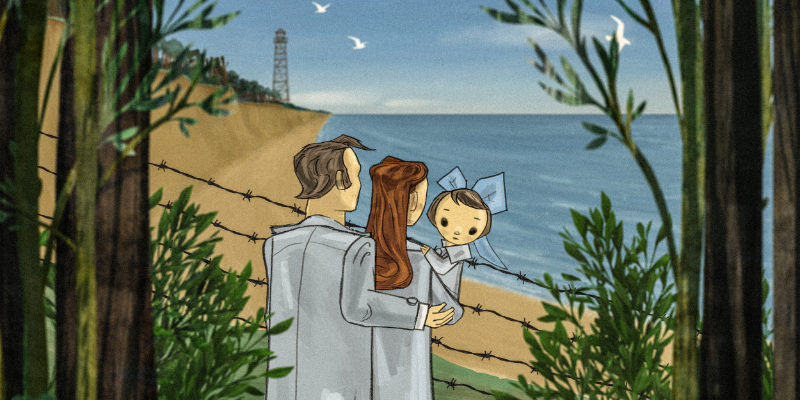 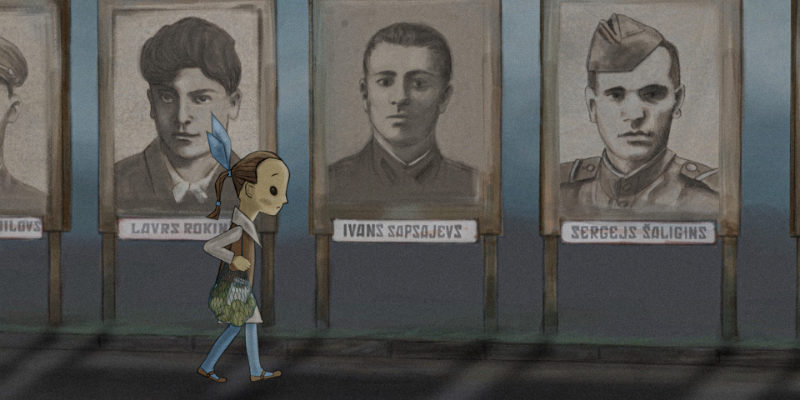 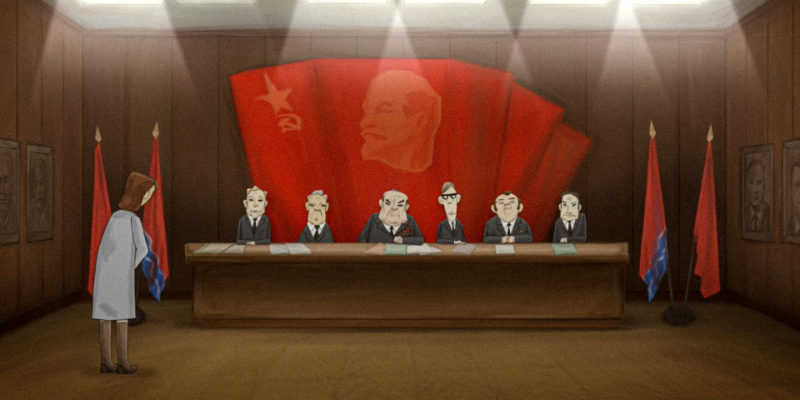 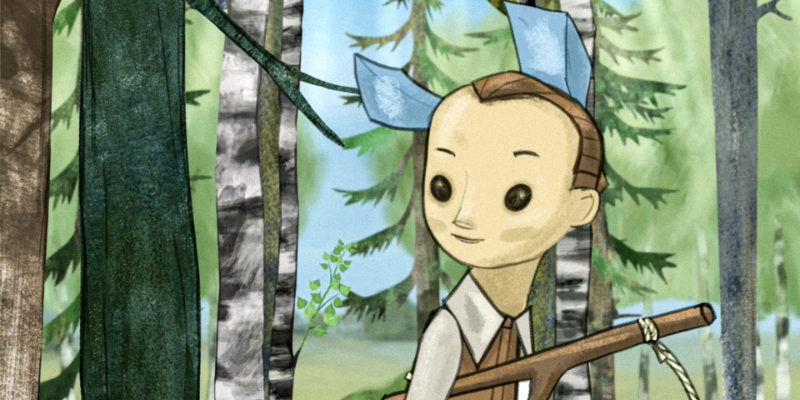 An animated coming of age story about escape from authoritarian brainwash.

There is a saying: “truly happy are those who don’t have to make choices,” says Ilze Burkovska-Jacobsen at the beginning of her animated documentary My Favorite War. Burkovska-Jacobsen grew up in Latvia, a former Soviet country, where, like many other authoritarian and totalitarian states, citizens had only a limited ability to choose. The autobiographical documentary portrays sweet, absurd, and even nightmarish episodes of Ilze’s growing-up in the self-proclaimed “happiest country in the world” – the Soviet Union. The film is an artistically interesting personal testimony and a witty portrait of a bygone era. It also helps to understand some of the current sociopolitical processes and usages of propaganda today.

The strength of the tastefully animated film is in the unique child’s perspective. The story is full of youthful curiosity, idealized relationships with family members, and distress about the militarized environment. Animated images are mixed with filmed episodes depicting Ilze revisiting her childhood places and the director’s conversations with her lifelong friend Ilga.