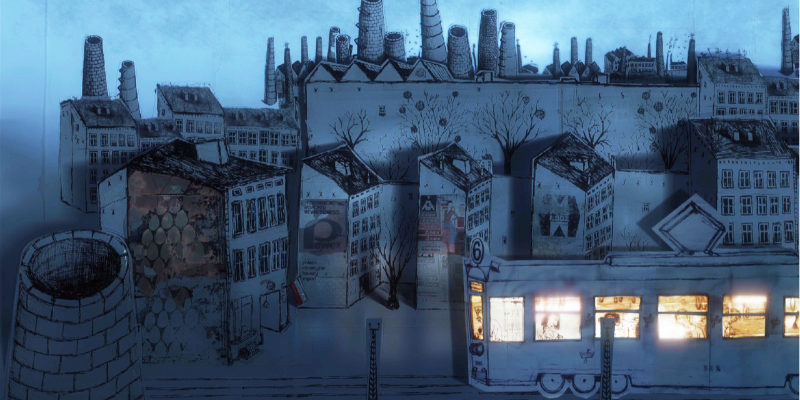 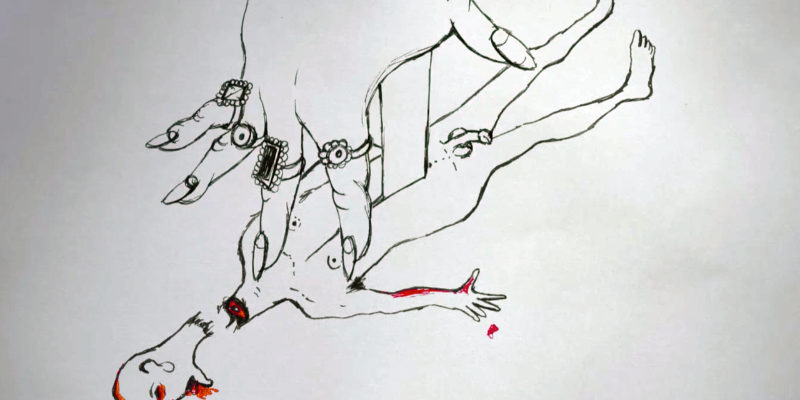 The dehumanization of life under Communism reaches into the most intimate spheres of the relationship between husband and wife and parents and child in Polish animator Mariusz Wilczynski’s terrifying first animated feature, Kill It and Leave This Town (Zabij to i wyjedz z tego miasta). A relentlessly sad tone poem of dissonant notes and off-key chords, its black and white images with an occasional touch of color depict a world of monstrous inhumanity and devastating interpersonal cruelty – hell, in short.

Drawing on his memories of growing up in the industrial town of Lodz in the 1960’s and ’70s, Wilczynski uses the simplest line drawings to build at atmosphere of danger, anxiety and horror.

This is not animation which is there to exalt, or soothe, or celebrate human loveliness: it is animation which takes a fiercely miserable satirical stab at the world and itself, a language which is unreconciled, unaccommodated. Wilczyński serves up brutal images, often drawn on lined paper, for all the world as if that was the only thing to hand when he decided to spill his imaginative guts.